The Indian corn or maize or bhutta, makki or chhalli as we call it locally can be a good choice for dieters, even when you feel like eating something fancy. Street food style or even something fried for a while. Just separate the grains from the cob, crush them in the mixie and refrigerate or freeze if you have extra. It makes the snack really quick even if you want a corn pakoda, corn idli, bhutte ka kees or even fresh corn polenta. We love whole corn on the cob roasted or even boiled with some seasoning or chutney. 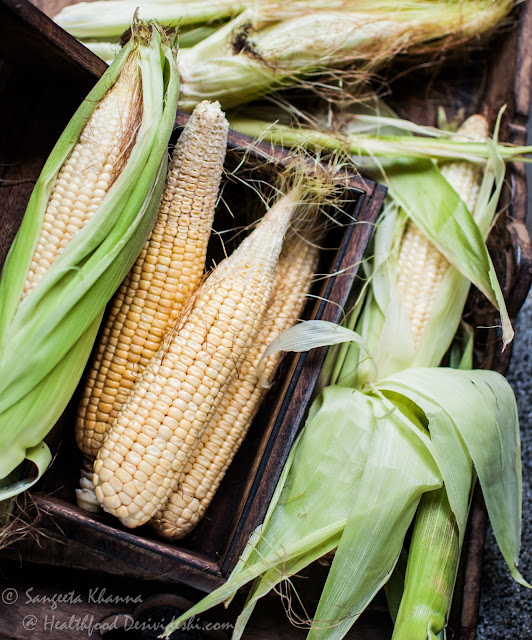 This is a post intended for a few friends who wanted some healthy home made snacks ideas including fried ones, using whole grains. I will be posting more but since corn is in season and we have been hogging over it endlessly I thought why not to share corn recipes first...........

Corn is in season and we are getting them abundantly in this part of the world. Sweet corn is more visible in Delhi though but whenever I find the Indian corn on sale I buy at least a couple of kilos even if they are not the best milky soft ones. The more mature ones keep well in the fridge for long, dehusked and wrapped in cling film. All the recipes here are made with the mature almost dryish corn kernels Softer milky ones are best suited for grilling on the gas flame or to make bhutte ka kees or upma that we love. That recipe some other time.

First of all I will address the fried version of corn, called pakode or fritters. We have grown up eating something fried almost everyday, it is only later in the life we realize that the sedentary lifestyle does not allow us to eat as much of fried food as we actually would like to. It's a major craving for those on diet to have pakode of some kind, I have posted a few versions of shallow fried pakode earlier and have received great response for them. Corn pakode is something which does not soak up oil even when deep fried, if made cautiously. See how...

Grind the corn kernels without using water in the chutney grinder, with seasoning of your choice to this consistency... 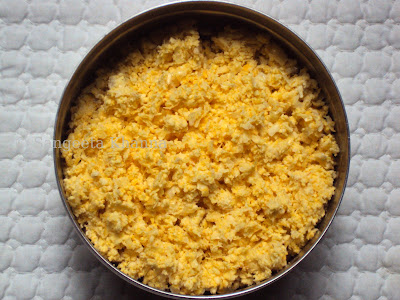 It will be coarse and starchy and when you press it in your fist it binds, when you corner a portion of the mixture with a spoon it takes it's shape, and that's how I fry it. 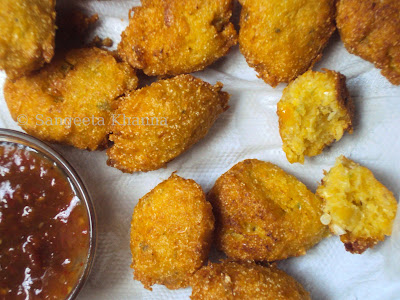 No fancy ingredients, you can use your kind of flavors and spicing, whatever you are feeling at the moment, after all it has to satiate your cravings for fried food.

grind everything together and proceed to fry. never add any chopped onion or chopped curry leaves etc in this mixture as the fritters get porous and absorb oil while frying.curry patta can be a great addition but grind with the corn if using for flavor.

To proceed  just scoop out with a spoon of appropriate size, roll the scoop in the spoon pushing the mixture to the wall of the container making a dense ball, this way it will be less porous, and drop in hot oil to fry. It gets cooked with a couple of minutes and becomes crisp on the outside while remaining soft n pillowy inside. Perfect to soak a hot tangy chutney up. 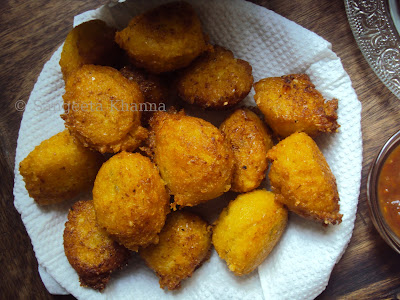 Interestingly, I started making idli with this mixture first, that was about 8 years ago because I love steamed dishes and this corn idli was something very very north Indian in flavours and yet steamed like an idli which I love for it fluffy pillowy texture. It was a heavenly discovery for me when I started.

But the husband likes everything fried so I started frying the same mixture and it was a hit. The same thing goes well with both of us. See how.... 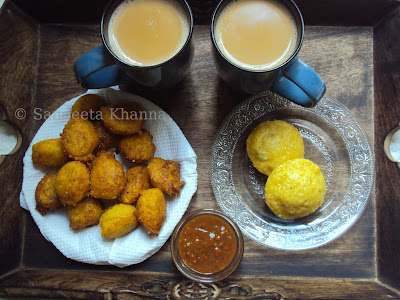 For making the idli (I do it super fast) spoon in the SAME mixture into a small glass or ceramic bowl, microwave for a minute on high covered ...that's it.

Repeat to make more idlis or place many bowls together n adjust timing accordingly. I don't like using the plastic microwave idli set, one reason because it is plastic and secondly because I have to clean a lot of its parts after cooking. 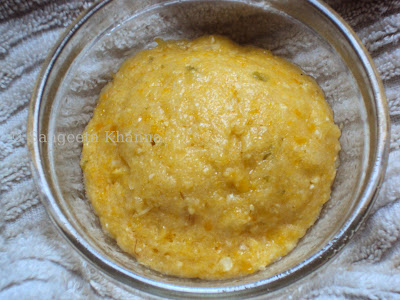 Soft porous corn idlis without fermenting the mixture. The fiber content of corn makes it possible, though the mixture can be fermented too and it tastes a bit different. Also the idli can be flash fried in hot oil when it just out of the microwave. It will take seconds to brown and almost no oil. 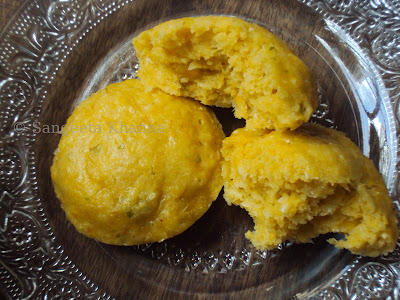 The chutney here is made with tamarind extract, steamed or roasted tomatoes, red chillies, garlic and salt. Decide for yourself how hot and how tangy you want at the moment and enjoy with just anything.

The chutney keeps well for a week in the fridge. 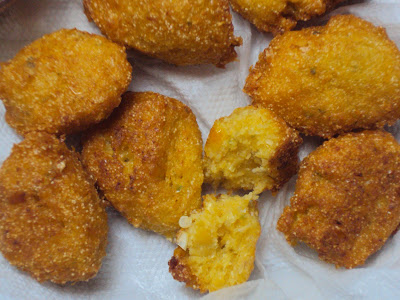 Roasted corn is more suited when the corn is soft, that is, when the kernels are milky and juicy. Whenever you find the corn kernels starchy and dry boiling in the pressure cooker is a better idea. Boil with salt and water (and a pinch of soda bicarb if the corns are too hard) and then smear with any chutney or spice mix of your choice to enjoy a healthy snack.

I boiled it and smeared with the same chutney and it was awesome in taste. .. hot and sour chutney and a bit chewy corn kernels bursting with flavor........ 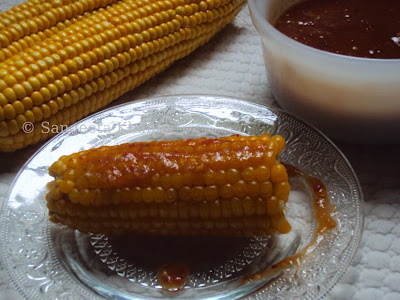 This is the kind of food which makes sure you don't feel deprived and starved, fills up and satiates your senses. Both the appetite and the palate.

Makki ki roti and saron da saag is a north Indian delicacy using the flour of dried corns. Super healthy but it is up to you whether you want to load it with ghee and butter or make it with minimal fat as that will be an ideal main course food for dieters any day.