A big vegetarian meal : a kakdi kachumber recipe and a few more things... 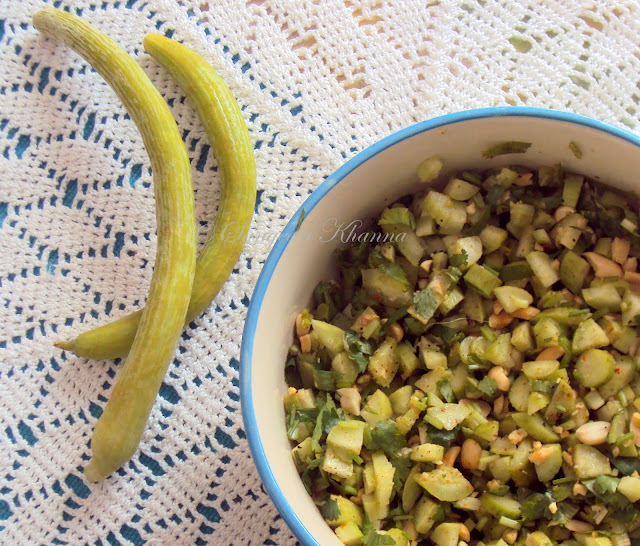 Summers demand light food and nature has gifted us with many cooling type of vegetables and fruits for the summer season. Seasonal bounties are always to be included not just because they are fresh and locally grown but they are apt for the body too. All the summer squashes of Indian subcontinent are great for the Indian summers. I cook with them almost daily for one of the meals and they keep me cool as a cucumber.

Aah cucumber. That's what I have today. Now that the Israeli cucumbers are here in the markets as well, I rarely bother with them as our own desi cucumbers are aplenty and cheap. This variety I used in the salad is called Armenian cucumber in English although I had an impression that this one is more desi types. The ones that are available more towards the small towns and villages. More visibly on the streets as you would find many street carts selling them to be had on the go as Indian summers can be really harsh for those who travel on foot on the roads. Recently we visited Lucknow to attend a wedding but decided walk around the city to visit some historical places. We hired Rickshaws most of the times to find our way through the narrow lanes and used to get these wiry long cucumbers called kakdi on the go. The same Armenian cucumbers.They definitely keep you hydrated and cool.

We find these Kakdis or Armenian cucmbers in Delhi as well. On the carts as well as on the supermarket shelves. But they are never as fresh as the small town kakdis blame it to transportation or whatever. Still I buy them and eat them as is, holding it from the stem. No pretense.

Sometimes a salad comes in the picture. Otherwise most salads use the regular cucumbers. 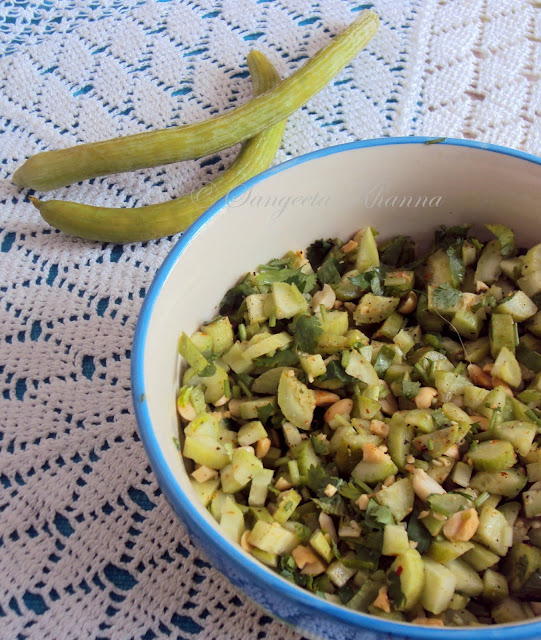 This salad is quite a desi specialty too. You would find such salads in Gujrat and Maharashtra states of India with subtle changes in flavors. Called Kakdicha kachumber.

In the northern states It will most likely include some chopped onions as well. Or may be some finely chopped English carrots. Such fine chopped and mixed up with the seasoning salads are always called Kachumber in the whole of India I think.

This one was only the kakdi and fresh coriander greens as I had a lot of Kakdi to be used. A crunchy salad with bits of peanuts is a delight to munch on. Makes a nice meal when you are not in a  mood to cook or the previous meal has been a heavy indulgence.

Mix everything up and let it rest for about 5 minutes before serving. It get better with time and can be consumed in an hour or two.

Keeps well in the fridge as well but the peanuts soak water and loose their crunch. The salad is still tasty. 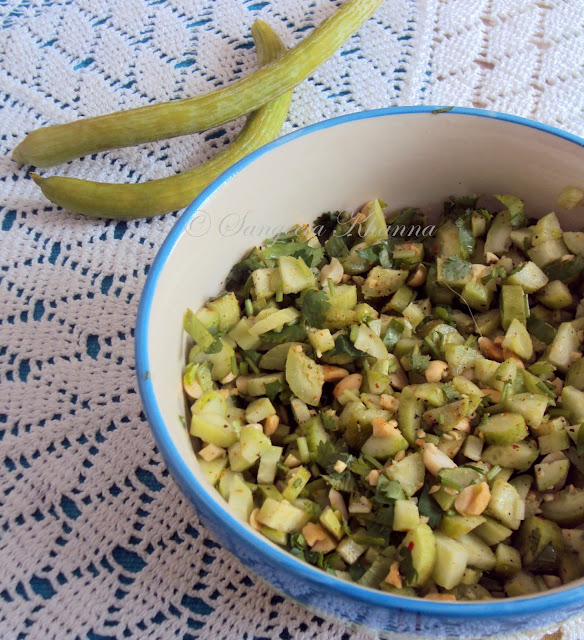 I served it with a small serving of a peas and cauliflowers tahiri made in the microwave and a filling serving of dahi vada .

Actually the dahi vada was the main meal that day, the salad was made for the green portion of the meal and the rice tahiri was for the husband. Such salads are a great way to balance some heavy side dishes in the meal. Dahi vada is not much heavy but does not include any greens , except for the garnish. 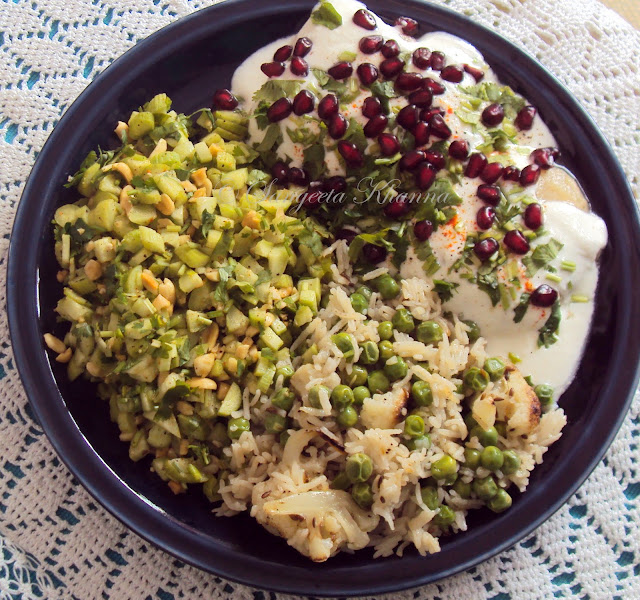 The Tahiri is a simple preparation. A quarter cup of rice (washed), a cup of cauliflower florets and half a cup of green peas (fresh or frozen) is mixed together. Half cup of water, one tsp of ghee, one tsp of whole cumin, a tsp of chopped ginger and salt and pepper to taste. Just that and cook it in the microwave as you would do for any plain rice. It is a tasty rice dish done within 15 minutes for a simple quick healthy meal.

The cauliflower florets in this case were frozen after sauteing them lightly in ghee. Raw cauliflower works well too. As do some other vegetables like beans, carrots or Broccoli.

This makes a loaded plate and still the food is healthy and balanced on calorie front. It is a rice meal and yet not carb heavy. I never count my calories, just having a rough idea of what ingredients are calories dense and what others can be used to bulk up a meal is a convenient way to plan the meals on a daily basis.

Are you still scared of having rice for a meal?
Labels: healthy meals high fiber salads